13 airport looks that prove Kangana Ranaut is the OOTD Queen 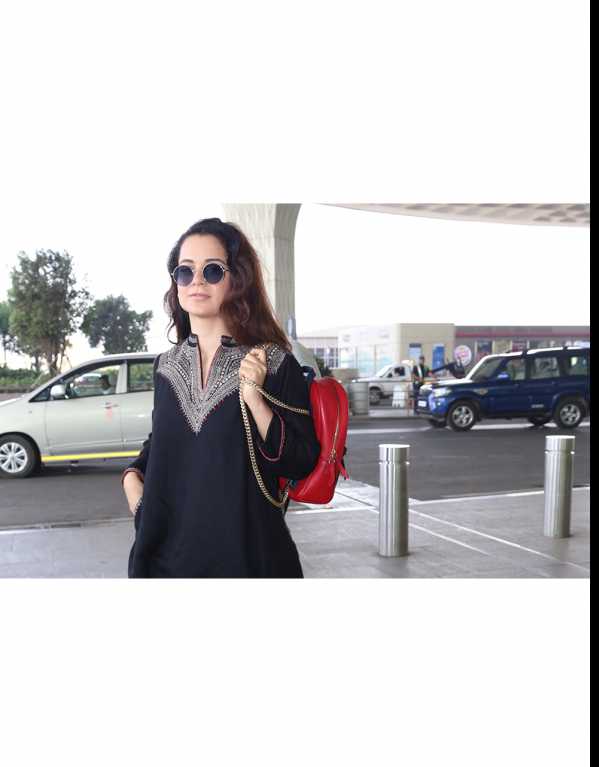 Controversies’ favorite child, Kangana Ranaut, is one strong girl who has always mustered the courage to stand apart in whatever she does. When she made her debut in Gangster in 2006, no one had a clue that, she would, one day become a force to be reckoned with!

From calling out Karan Johar on nepotism to talking about gender equality in a workplace, she has been the one to not conform to norms.

However, through her stellar performances and failed romances, her sartorial choices have always soared high. She can throw on a rag and we just might, mistake it for couture - that’s the power of Kangana Ranaut. She is undeniably the Queen of airport OOTDs. If you disagree, we have 13 looks to prove the same.

Take a look and hail for the Queen!

#kanganaranaut is all about looking comfy as she readies to fly out to the US. #airportlook #spotting #traveldiaries #aboutlastnight #airport #mumbai to #losangeles #usa

#KanganaRanaut's style game is on point at the Mumbai airport as she returns from London, UK after a month long shoot schedule. #Spotted #picoftheday #ootd #airportlook

When the symbol of purity can also be a vision of oomph. In pearly whites #KanganaRanaut literally takes our breath away as she leaves for Coimbatore today.

9. Reminiscing her childhood in pinks and pigtails!

#KanganaRanaut in a Custom weave by @madhurya_creations #stylebyamiXmadhurya this is the first sari from the #thepowersari collection. Today real power is soft power. So the cupcakes and words that embody Kangana embroidered on the sari make this the new power look and who better than Kangana Ranaut to sport this! Shoes 👢&Bag👜 : @miumiu Shades 🕶️: @tomford Stylist: @stylebyami #powergirl @team_kangana_ranaut #realpower #feminepower #power=female #girlpower proceeds of the sale of this sari goes towards educating the girl child 💞

11. Queen-ing around in her favorite Fendi! 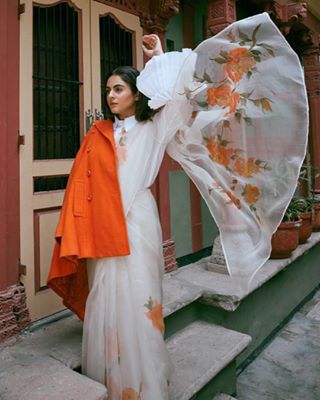 Gorgeous Organza and Linen Sarees to rock this Festive Season!

Organza Sarees have been the rage of the season, and we have spotted them on almost every celebrity. These beautiful, lightweight and delicate fabrics can be printed as well as hand painted and embroidered. From pastel shades to lighter blues and greens, these sarees make a chic option for people who are not a pro at carrying heavyweight sarees. Today we list down a few options that you can rock at this festive season! 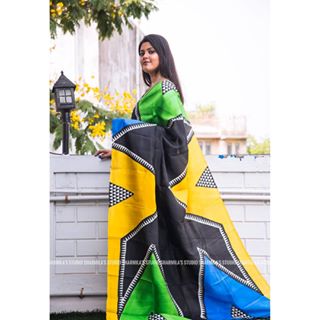 5 must visit Saree Boutiques in Kolkata.

Kolkata and Sarees, go hand in hand and hence, no trip is complete to the city of joy, without having a look at these gorgeous range of sarees. From traditional taant and kantha to the new age digital prints and even hand painted sarees, these are sure to captivate your eyes. Today we list down 5 boutiques in Kolkata that one must to experience saree shopping like never before! 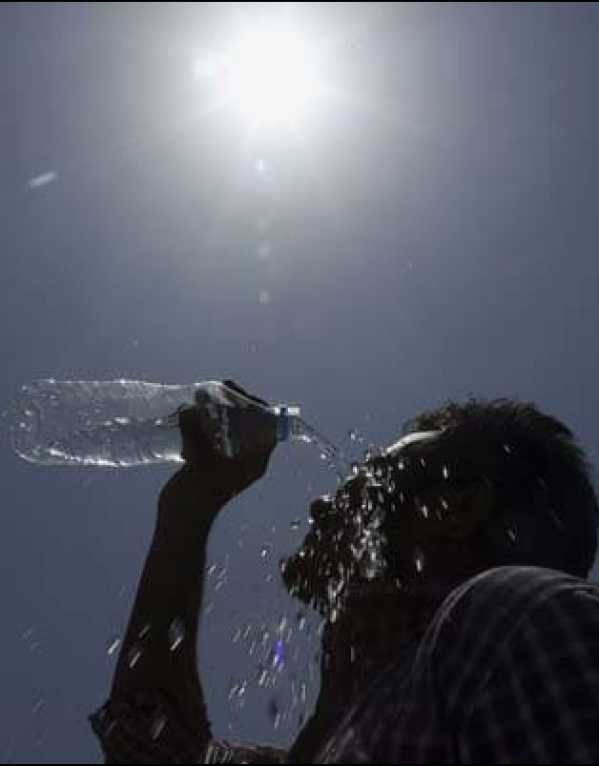 Guide to Dressing up in Kolkata Heat!

Summers in Kolkata, can be daunting – the humidity, sweat, pollution and the blazing sun, can cause havoc to our skin. Dehydration, rashes, sunburns, and tan lines are just some of the problems that we face. From covering up ourselves with scarves and shrugs, to chugging bottles of juices, drinks and water, we have done it all. Clothing is a big problem in this extreme humidity and heat, as the effort to "dress pretty” goes in vain. However, to make the job a tad easier, we list down 5 effective guidelines for you to dress the best version of yourself in the summer heat. 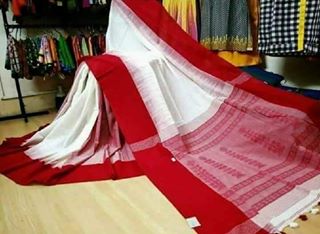 Clothing is a big part of any culture and with the Bengali New Year or as we call it Poila Baisakh is right around the corner, we feel it is the perfect time to indulge in some pretty & traditional Bengali drapes! Big and bold Kohl-eyes, adorned foreheads in bindis along with a Sari are atypical to describe the aesthetics of Bong beauty. When it comes to dressing for Poila Baisakh, there is nothing more elegant and chic than a traditional Indian sari (clichéd but undebatable!). Here’s a list of ‘bong couture’ you can opt for, perfect to rock the Poila Boisakh look: 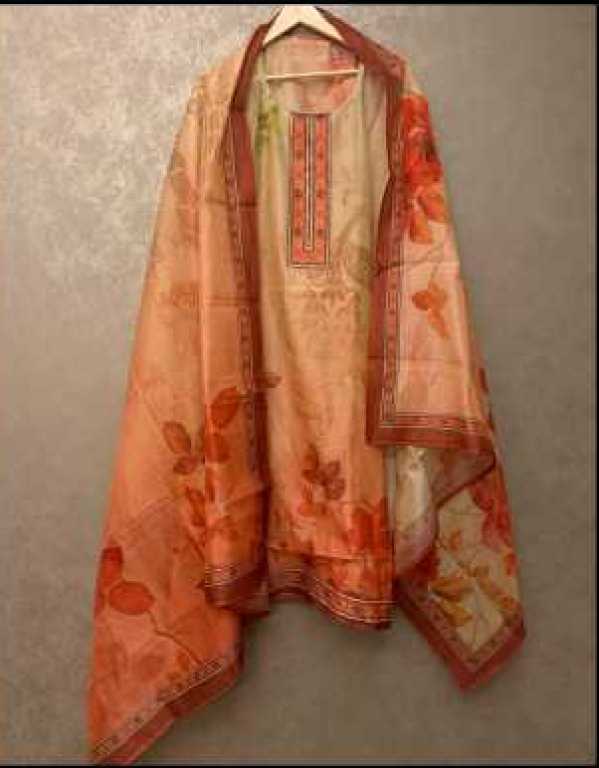 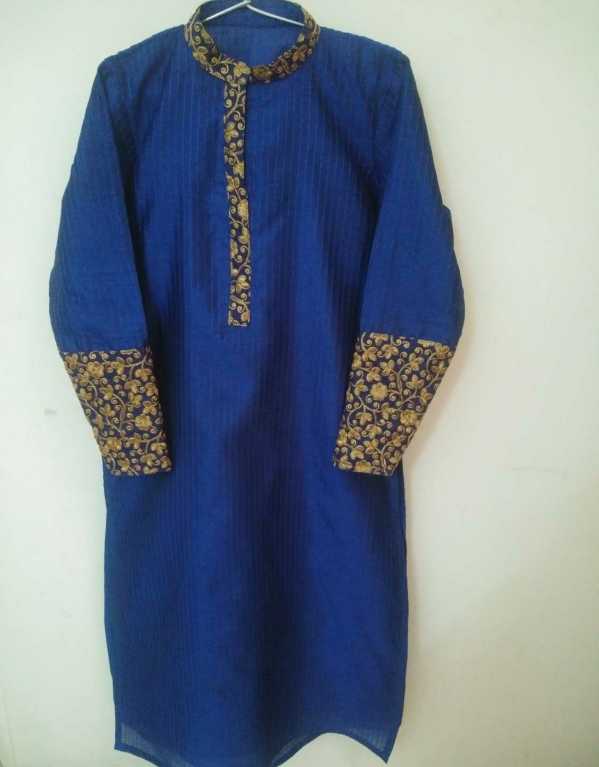 Royal Blue Kurta
Dress in style in this Royal Blue Kurta with self design. There is golden work around the neck and sleeves. Ready to wear for any occasion - lunch/ dinner/ wedding!
₹ 2650
0 Likes 0 Comments 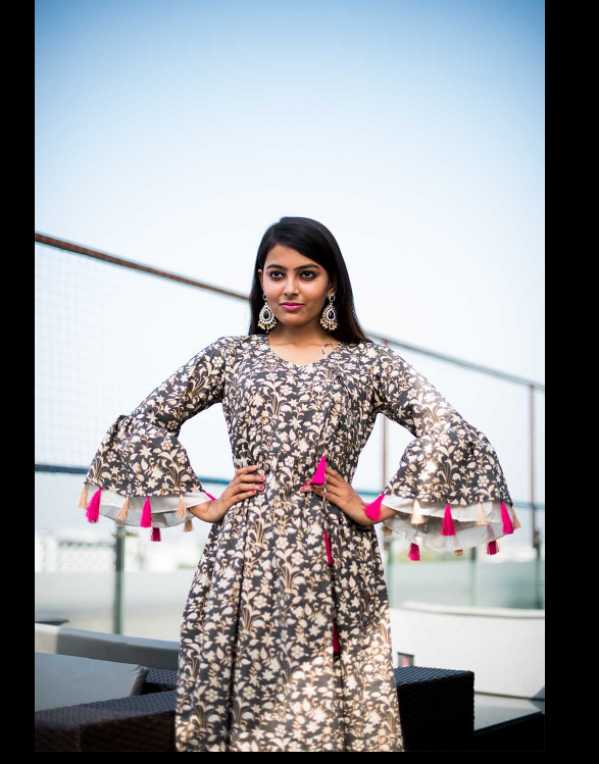 Jaipuri print angrakha kurta pant set
Featuring a floral print angrakha style kurta with layered bell sleeves paired with straight pants. Color: Grey Fabric : Cotton Care: Hand wash only
₹ 2500
0 Likes 0 Comments
View More
Post your comment
Comments (0)
s
The Style Stamp has updated its Privacy & Cookie policy. We use cookies to ensure that we give you better experience on our website. If you continue without changing your settings, we'll assume that you are happy to receive all cookies on the The Style Stamp website. You can also see our Privacy Policy.Agree & Continue